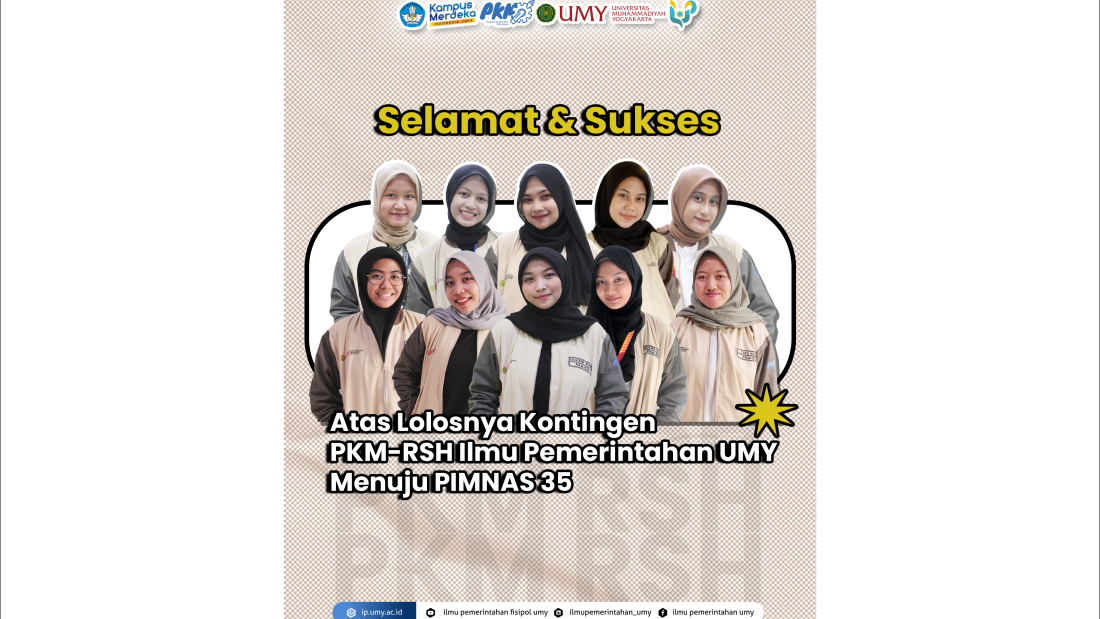 Yogyakarta (17/10) -For the second time in a row, UMY Government Science has successfully passed its PKM Contingent in a prestigious national scientific competition, the National Student Scientific Week (PIMNAS). PIMNAS is a top national-level activity in the realization of student creativity organized by universities based on the agreement of higher education leaders approved by the Directorate General of Learning and Student Affairs, Ministry of Research, Technology and Higher Education (Directorate of Research and Community Service).