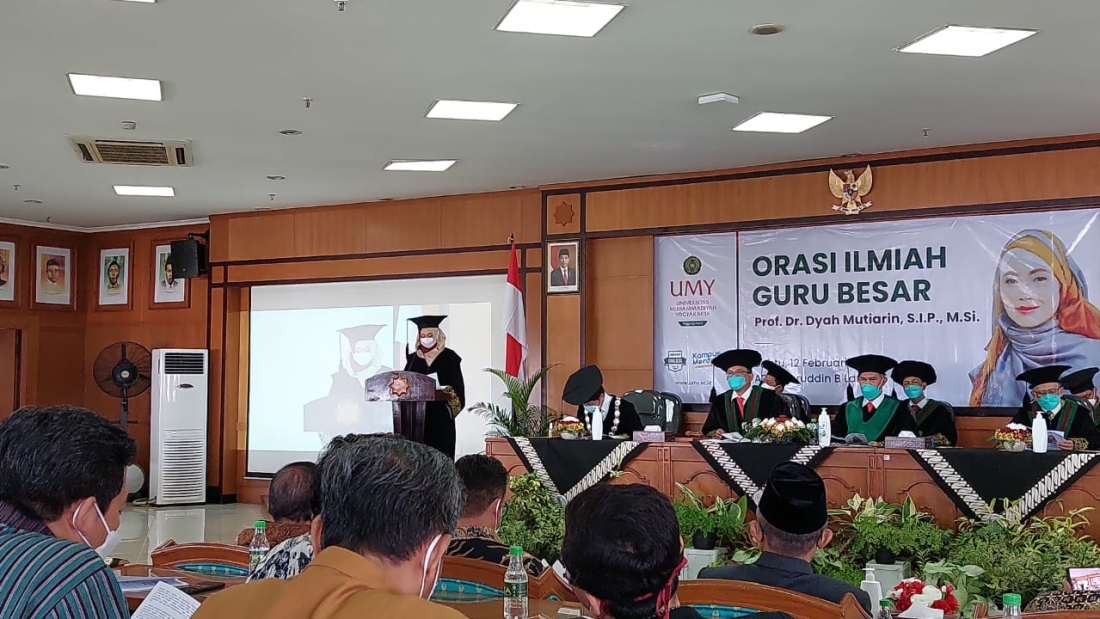 Yogyakarta (12/2) – Prof. Dr. Dyah Mutiarin, S.I.P., M.Si. held an Academic Speech event of UMY Professor With the title of the speech “Digital and Evidence-based Policy: The Challenges in Creating Agile Governance”. The event was held on February 12th, 2022 at the AR Fachruddin B Building on the 5th floor. This event was attended by people who helped and contributed to Prof. Arin’s journey for his achievements to obtain the highest Academic Degree, namely Professor of Government Science.
In addition, the Academic Speech was attended by Dr. Ir. Gunawan Budiyanto, MP., IPM. as rector of UMY and its ranks. On this occasion, the Rector of UMY who is familiarly called Pak Gun claimed to be proud of the UMY Lecturers who were confirmed to be Professors. The success is certainly not separated from the cooperation of the entire UMY community to help lecturers in achieving the title of Professor
Of course, with the many Professors at UMY hopes to advance innovation through research and development are getting bigger, especially for the Indonesian nation.
Congratulations to Prof. Dr. Dyah Mutiarin, S.I.P., M.Si. On achieving the Highest Academic Degree as Professor of Government Science. May the achievement bring improvement and motivation for all!