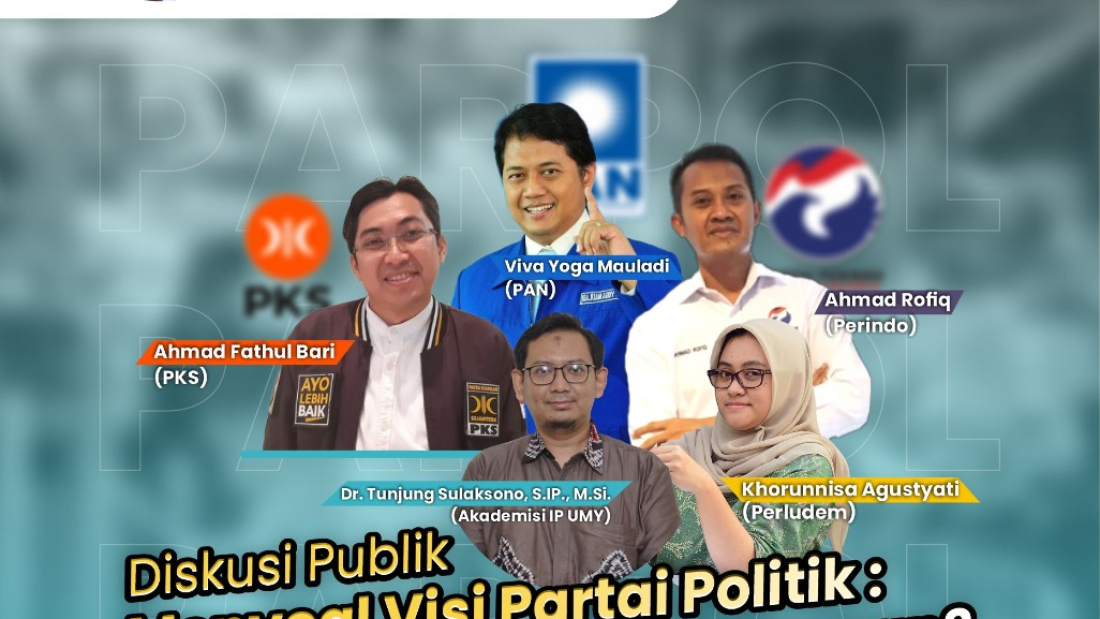 Yogyakarta (31/3) – Political parties that serve as conduits for the community’s aspirations are increasingly being called into question. There has been a lot of research done on public trust in political parties. As we approach the political year 2024, the challenges for political parties to increase public trust are becoming more significant. As a result, on Wednesday, (30/3), the Government Science Study Program (Prodi IP) Universitas Muhammadiyah Yogyakarta (UMY) will hold a public discussion titled “Questioning the Vision of Political Parties: Democracy or Power.”
The event was streamed live via Zoom. This webinar is open to the general public, so it is accessible not only to students but also to the larger community via the zoom link provided on the poster. The first speaker, Ahmad Rofiq, Secretary-General of the Indonesian Unity Party (Perindo), began the discussion by stating that the political party’s vision must be balanced between power and people. He also believes that once it reaches a position of power, it must be controlled so that it is not limited to the legitimacy of the people.