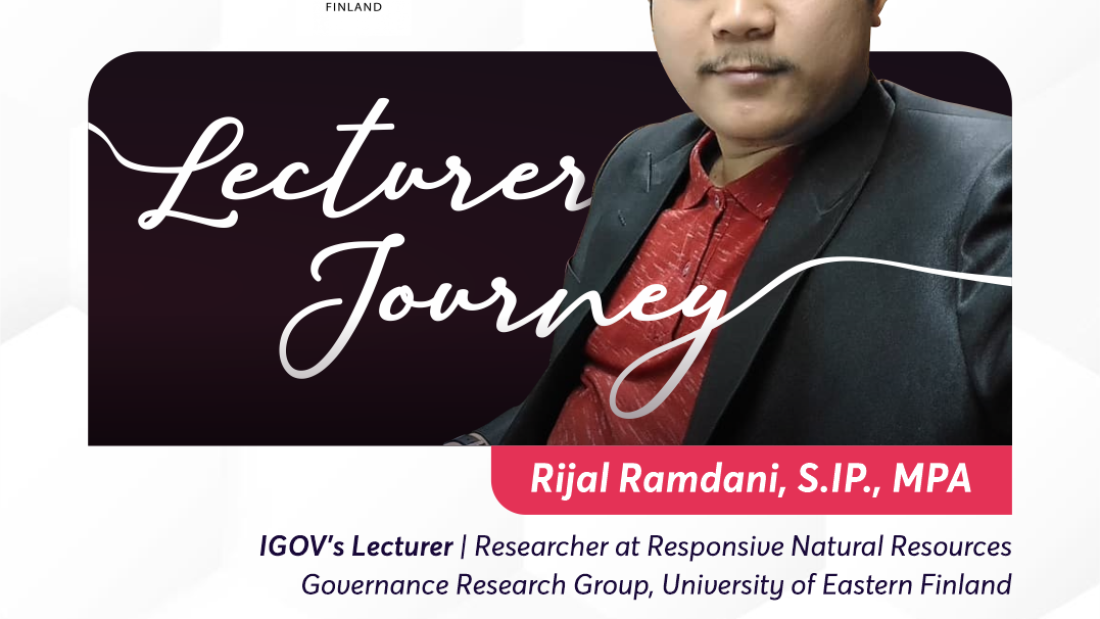 Yogyakarta (27/4) – International Program of Government Affairs and Administration Universitas Muhammadiyah Yogyakarta (IGOV UMY) has many programs to support your soft skills. In addition to these programs, IGOV UMY has other weapons to show that IGOV UMY has good quality from the lecturers who teach at IGOV UMY.
One of them, Rijal Ramdani, S.IP., M.PA, is commonly called Mr. Rijal. Mr. Rijal is continuing his doctoral studies in Europe, at the University of Eastern Finland. There he lived with his family (wife and children) apart from studying Mr. Rijal still spends time with his family there, such as cycling with his family, doing ice skating, or having a picnic with his family enjoying the beauty of Finland.

A lot of new things he got when he was in Finlandia, as one of his quotes is “I understand that Western society, especially Europe, bases its life on three things, namely Logic, Empirical, and Instinct. These three things guide human life and the evidence is that it has succeeded in bringing people’s lives to be civilized. For example, they are honest, helpful, respectful, the city is clean, motorists do not violate the rules, garbage is separated from the house, the government is not corrupt, the people pay taxes, there is almost no crime, minority groups are not discriminated against, and their lives are peaceful and peaceful. That’s how I feel in Finland. Such a life is once again based on three things, namely logic, empirical, and instinct.” (ARP)