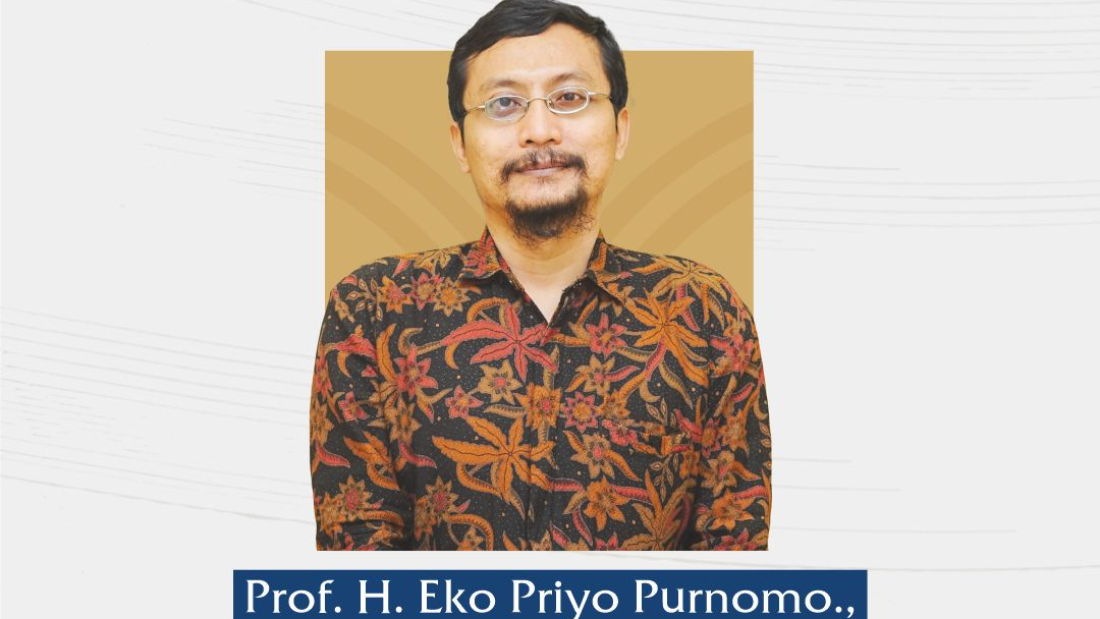 Yogyakarta (10/6) – University has an important role in advancing knowledge and ideas to create innovations for the Indonesian nation and state. By that, every university has obligation to carry out the Tridharma of Higher Education. The dynamics of government in Indonesia also requires a new breakthrough so that it can create a democratic and inclusive government climate. Therefore, the Government Science (IP) Universitas Muhammadiyah Yogyakarta (UMY) for the second time, inaugurated the youngest Professor in the field of Government Science.
Prof. Eko Priyo Purnomo is a senior lecturer at IP UMY. Besides being active as a lecturer, Prof. Eko also serves as Secretary of the Master of Government Science (MIP) and Secretary of the Jusuf Kalla School of Government (JKSG) UMY. Aside of several designation at UMY, Prof. Eko also works as a Chairman of Muhammadiyah Environmental Council and run a research institution focused on Governance and SUsutainability called ESI as a Director.
As the youngest professor in government science, it is certainly a challenge, one of which is to actively participate in solving the nation’s problems related to government at the regional or national level.
Then, the efforts need to be realized for sustaining good and clean government cannot be imposed only one sector, the government it self. It is necessary to collaborate from various sectors, one of which is a scientist in the field of government science.
Thus, with the increasing number of professors in government science, it is hoped that they can resolve the nation’s problems to realize Good Governance in Indonesia. (ASR)