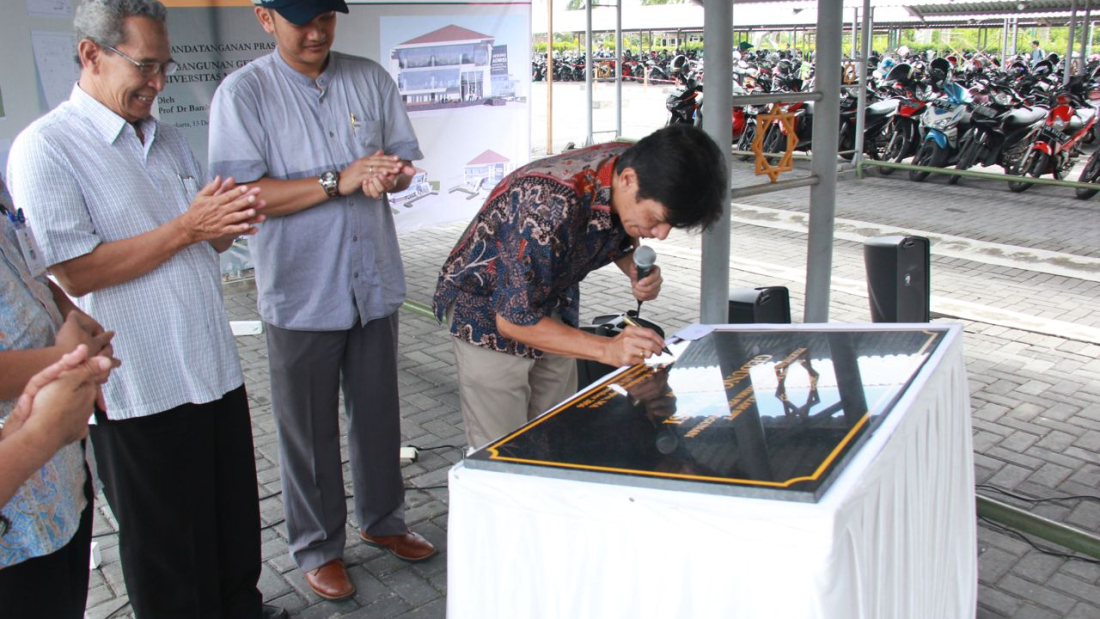 Kegiatan
Yogyakarta – (20/11). Universitas Muhammadiyah Yogyakarta (UMY) has just officialized a new research and innovation center building named Dasron Hamid Research and Innovation Center (DHRIC) on Thursday (18/11). Along with the 109th Anniversary of Muhammadiyah, the new building has became the tallest building in UMY with 9 floors which will be filled with laboratories from all fields of science, technology, and social science.
The event was also attended by the family of the late  Ir.  H. M. Dasron Hamid, M.Sc, who was one of the UMY rectors that has a role in pioneering the reputation of UMY as the best private university. That is why the building takes his name as a sign of appreciation for him, Dasron Hamid Research and Innovation Center (DHRIC) 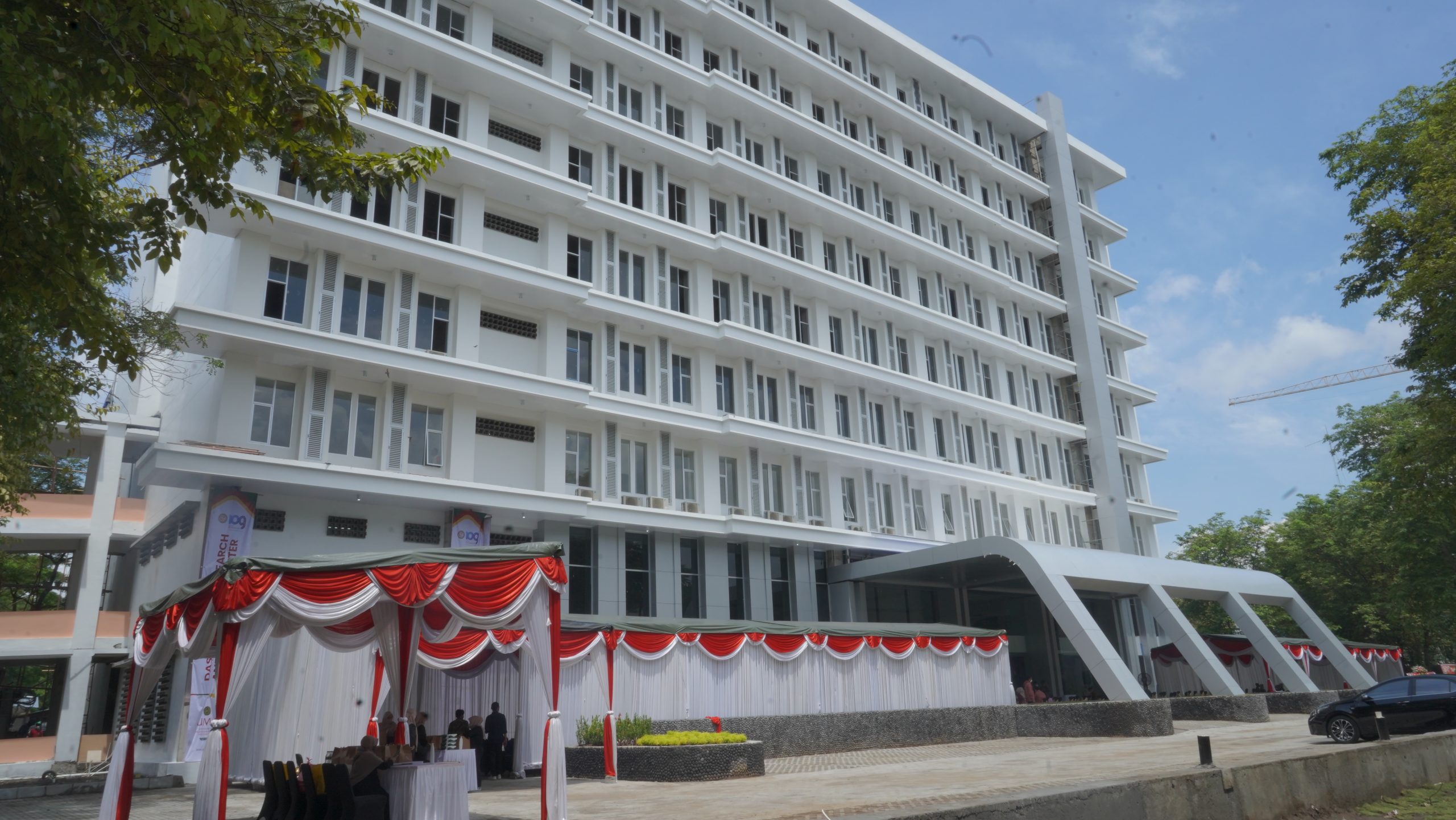 The General Chairman of Muhammadiyah Central Executive, Prof. Dr. K. H. Haedar Nashir, M.Si. also attended the event and gave an inspiring speech. “We  officially announce the building of Dasron Hamid Research and Innovation Center (DHRIC) on the anniversary of Muhammadiyah as one of the presents from UMY for Muhammadiyah,” he stated during his speech.
He hoped that the research building will contribute to the resolution of many problems faced by society. “I hope PTM and UMY can contribute to resolve problems in the society through this building. For instance, to make the vaccines for COVID, we need research in the university. It is not impossible for Muhammadiyah, through our PTM, producing our own vaccines in the future,” he stated.
Further, the event was also attended by the Rector of UMY,  Dr. Ir. Gunawan Budianto, M.P., IPM. He said that to actualize the dreams of Dasron Hamid, we needed at least 18 years to build a research center at UMY. Besides being anticipated as one of the tools for UMY to contribute more to the society, the building is also hoped as jariyah deeds for Dasron Hamid. (DA)