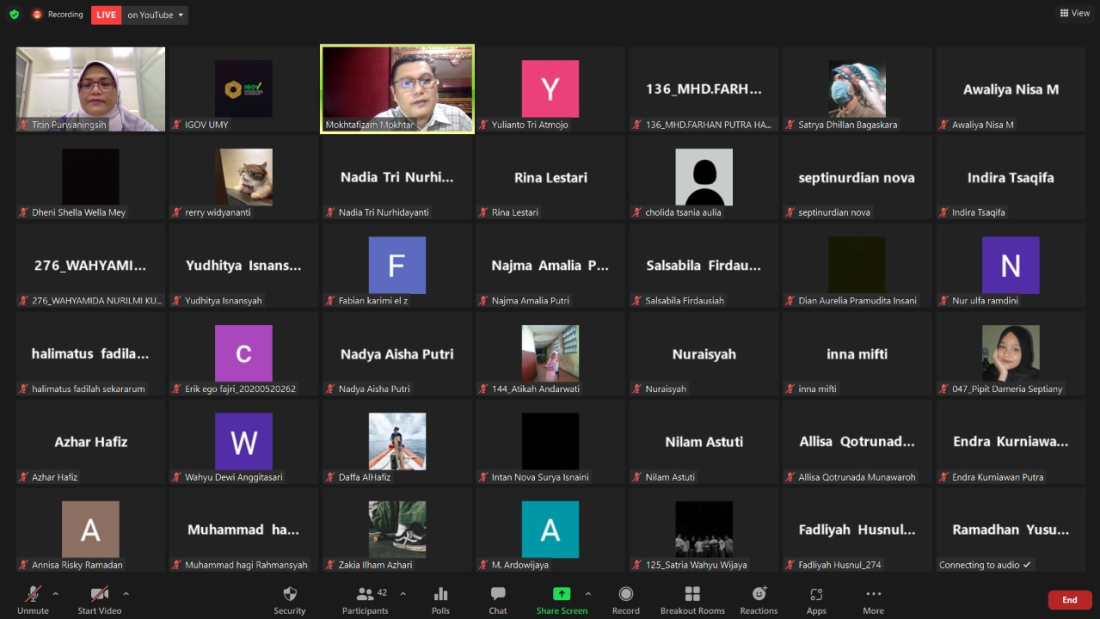 Kegiatan
Yogyakarta – (21/12). IGOV UMY held a Visiting Professor program with the theme “Political System in Malaysia”. This activity was held online from 08.15 to 10.00 and was attended by IGOV UMY students.
Mr. Zam, as a the speaker of the Visiting Professor program said that Malaysian’s political system is a parliamentary democracy, so its quite different from Indonesia, which is a presidential democracy.
Further, The political hegemony in Malaysia is quite the same as in Indonesia, the party which generates the biggest/ largest voice will have a strong impact in almost of every governmental aspects.
Azhar Hafiz asked Mr. Zam, “How’s the opposition paradigm’s in the current government and political situation?”
Mr. Zam answered, “there is no research said that opposition give any support to government. Once opposing, they will opposing forever. Unless they have a sudden internal change,” he answered.
Mrs. Titin, as the moderator, also asked Mr. Zam, “how is the political stability in Malaysia based on the parliamentary system compared to Indonesia’s unsuccessful system?”
Mr. Zam answered and closed this activity “the parliamentary system means that each sector has the same strength,” he concluded. (DA)